As part of NASA’s HOTTech project and in collaboration with EaglePicher Technologies, the JPL Electrochemical Technologies Group has developed and demonstrated a long-lived molten salt battery capable of operating at the surface temperature of Venus (465 °C) for several days to support detailed in-situ studies in future Venus surface missions. This development required the selection of appropriate cathode material, optimization of the composition of a composite cathode as well as electrolyte separator, and redesign of the cell seals and header. These features have enabled the prototype cells to operate for longer than 20 days in a primary mode, in a mission profile anticipated in a future lander (LISSE being developed by NASA GRC) with a small base load, overlapped by high-current pulses every eight hours for communications. Also, the battery was found to be rechargeable; with charging at a C/20 rate (79 mA), the cell operated for a few cycles, with a cumulative service life of 150 days at the Venus surface temperatures. In contrast, the batteries on the previous Venus landers survived only two hours. 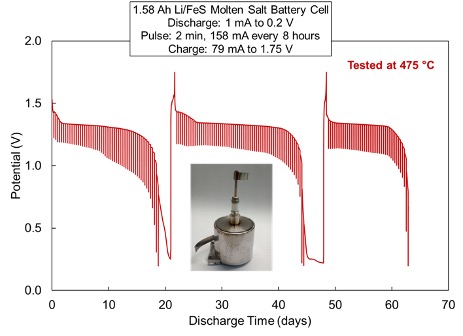 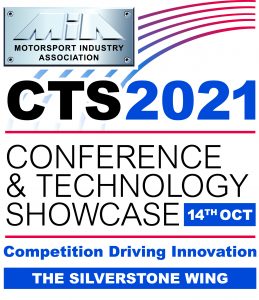 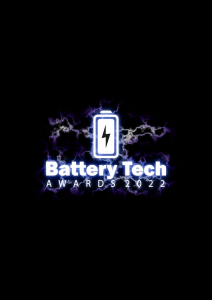