Karlstein am Main, 10/09/2020 – For more than 25 years, the BMZ Group has been a driver of
innovation and a state-of-the-art group of companies producing battery solutions for industry
and also for end users. With the construction of the logistics center, a milestone was set in terms
of logistical processes, environmental protection and safety for dangerous goods. The 7,000 m²
large high-bay warehouse will start operations after a short construction phase.

BMZ GmbH started as a small business in 1994  “Am Sportplatz” in Karlstein am Main.  After a total loss
through fire, new buildings were constructed with administration, logistics, test facilities and production. Sven Bauer,
CEO and founder of BMZ GmbH, still leads the group with almost 3,000 employees at 6 further international locations through the world of Li-ion storage systems as managing director.

With the expansion at “Zeche Gustav”, 3 production units were created in less than 5 years, each with a production area of 3,000 m². “We
have reached a size where we had to think about a centralized logistics system. The next step was to create a logistics center in which the goods are
brought from the warehouse to the picking area and from the picking area to the line in the shortest possible time, as automated as possible.
Planning began in 2017/2018 and today we are looking at one of the most modern logistics concepts with almost 12,000 pallet spaces,
supermarket and fully automated small parts warehouse. The requirements of the insurance company and the environmental authorities were
precisely met, we have a fire water tank with a water supply of 754 m³, a fire alarm and sprinkler system that locates the source of the fire, reports
it intelligently and extinguishes it effectively, a fire water retention system that automatically retains contaminated fire water in the case of a fire and prevents it from entering the groundwater,”
reports Press Spokesman Christian Adamczyk.

The insurance broker and risk consultant Marsh, together with Axa XL as lead insurer, designed the fire protection of the 7,000 m² logistics center,
so that the details could be directly coordinated with the VDS as independent inspector of the extinguishing systems. After the BMZ
GmbH had implemented the extensive conditions and requirements, the extinguishing system was accepted by the VDS after completion, so that
the insurance cover was confirmed. “With the size and type of the logistics center, BMZ GmbH has placed an extraordinary demand on fire protection and thus also on the insurance
companies. Li-Ion cells are considered a very high risk in the insurance market due to their chemical and electrical nature. Since there is no generally valid set of guidelines for this type of
storage, a fire extinguishing concept had to be defined that is suitable for the size and type of logistics center. This concept was approved by the independent testing authority of the VDS and
is therefore recognized in the insurance market. The BMZ logistics center is thus probably the only extinguishing system in Germany for a high-bay warehouse with Li-ion batteries of different
types and sizes that has been approved by the VDS and fully accepted by the insurer. BMZ can be proud to have solved this challenge including the strict requirements in all points. Thus, high
safety standards can be maintained for people and environmental protection is also taken into account accordingly”, says Martin Käufer, Head of Property Risk Consulting at Marsh.
BMZ can thus offer the most modern security concept in Bavaria, close to the metropolis of Frankfurt am Main, taking into account the high environmental protection requirements in combination with professional logistics handling.

About BMZ Group:
The BMZ Group is a global player in the production of cross-industry Li-ion system solutions. The
group is headquartered in Germany and maintains additional production facilities in the USA,
China, Poland and the USA as well as subsidiaries in Japan, UK and France. In addition, there are
research and development locations worldwide. Investments of over 100 million since 2018
have doubled and in some cases even tripled production capacities. Around 3,000 employees
work for the BMZ Group worldwide. 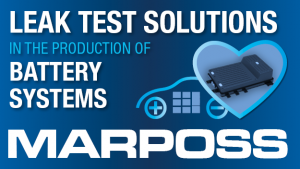 Ford Charging network has always shown # of stations and their status. Is this new to the Tesla superchargers?

The scale of the challenge facing the #lithium industry is only going to increase from here on. Q1 pressures are an early warning sign of what's to come if industry/investors don't step up expansion plans. Demo the @benchmarkmin Lithium Forecast for more: https://www.benchmarkminerals.com/forecasts/#lithium

BYD buses have achieved more than 15 million emission-free miles in revenue service throughout the United States.

🍃 What are the barriers to adopting Hydrogen in transport?
🍃 Can Hydrogen help the UK meet net-zero targets?
🍃 Will Hydrogen fuel cell technologies provide advantages to our mobility systems?