The process of casting and unit assembly is considered the heart of the battery production facility and a vital step in terms of battery cell quality. Mpac has collaborated with FREYR on automated solutions for the company’s Customer Qualification Plant (“CQP”), and together the two companies will now transfer this knowledge to the planned Giga Arctic facility.

“Mpac has a proven track record in delivering complex industrial machinery, and after careful assessment, we believe that they have the best technical solution for our Giga Arctic project,” says Einar Kilde, EVP Project Execution, FREYR. “Our collaboration began with our CQP, where we learned that our two companies are well-aligned in our ambitions for speed and scale in producing clean and sustainable battery solutions.”

Mpac is a pre-qualified vendor of 24M Technologies, Inc., the maker of the 24M SemiSolid™ production platform which enables lower-cost and more sustainable lithium-ion battery production.

“We have developed a close relationship with FREYR through the CQP, and we are eager to continue customizing and co-developing with them, to create the best automated solution and to ensure the superior quality of their battery cells. This frame agreement allows us to work on joint development projects, as well as to use the opportunity to learn from each other as we build and accelerate Giga Arctic,” says Tony Steels, CEO, Mpac Group plc.

FREYR’s strategic frame agreement with Mpac has a three-year duration, with an optional extension. The agreement is expected to ensure the supply of casting and unit cell assembly equipment, allowing FREYR to deliver at speed, scale and sustainability.

“As part of the strategic frame agreement with Mpac, FREYR is well-positioned in terms of capacity for our future Gigafactories, as we have yet another experienced and knowledgeable partner to work with on the technical development. This is a strong sign that we have the right partners by our side as we move fast towards battery cell production,” adds Kilde.

With the agreement with Mpac in place, FREYR has now completed agreements with key equipment suppliers for its CQP and Giga Arctic projects, including previously announced agreements with Hana Technology and NTE process.

FREYR Battery aims to provide industrial scale clean battery solutions to reduce global emissions. Listed on the New York Stock Exchange, FREYR’s mission is to produce green battery cells to accelerate the decarbonization of energy and transportation systems globally. FREYR has commenced building the first of its planned factories in Mo i Rana, Norway and announced potential development of industrial scale battery cell production in Vaasa, Finland, and the United States. FREYR intends to install 50 GWh of battery cell capacity by 2025 and 100 GWh annual capacity by 2028 and 200 GWh of annual capacity by 2030. To learn more about FREYR, please visit www.freyrbattery.com

Mpac Group plc is a global leader in high-speed packaging and automation solutions. The Company serves blue chip customers throughout the world in the essential and growing sectors of clean energy, food and beverage, pharmaceutical and healthcare. Headquartered in the UK, the Company has strategically located manufacturing and service locations in North America, Europe and Asia to provide customers with local support for all its product lines: Lambert, Langen, Switchback and Cube.

All statements, other than statements of present or historical fact included in this press release, including, without limitation, statements regarding Mpac Group’s ability to supply automated casting and unit cell assembly equipment for FREYR’s planned battery cell production facilities in Norway over the term of the agreement; Mpac’s ability to create the best automated solution and to ensure the superior quality of FREYR’s battery cells; the transfer of knowledge gained through Mpac’s involvement with FREYR’s CQP; the development of 24M Technologies, Inc.’s technology and their use in FREYR’s Gigafactories; FREYR’s ability to manufacture next-generation lithium-ion EV batteries using 24M’s SemiSolid™ platform; the capacity of FREYR’s future Gigafactories and FREYR’s ability to deliver battery cells at speed, scale and sustainability are forward-looking and involve significant risks and uncertainties that could cause the actual results to differ materially from the expected results.

Most of these factors are outside FREYR’s control and difficult to predict. Information about factors that could materially affect FREYR is set forth under the “Risk Factors” section in FREYR’s Registration Statement on Form S-3 filed with the Securities and Exchange Commission (the “SEC”) on September 1, 2022, and in other SEC filings available on the SEC’s website at www.sec.gov. 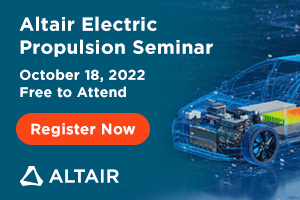